Does ‘it’s better to buy than rent’ always apply? 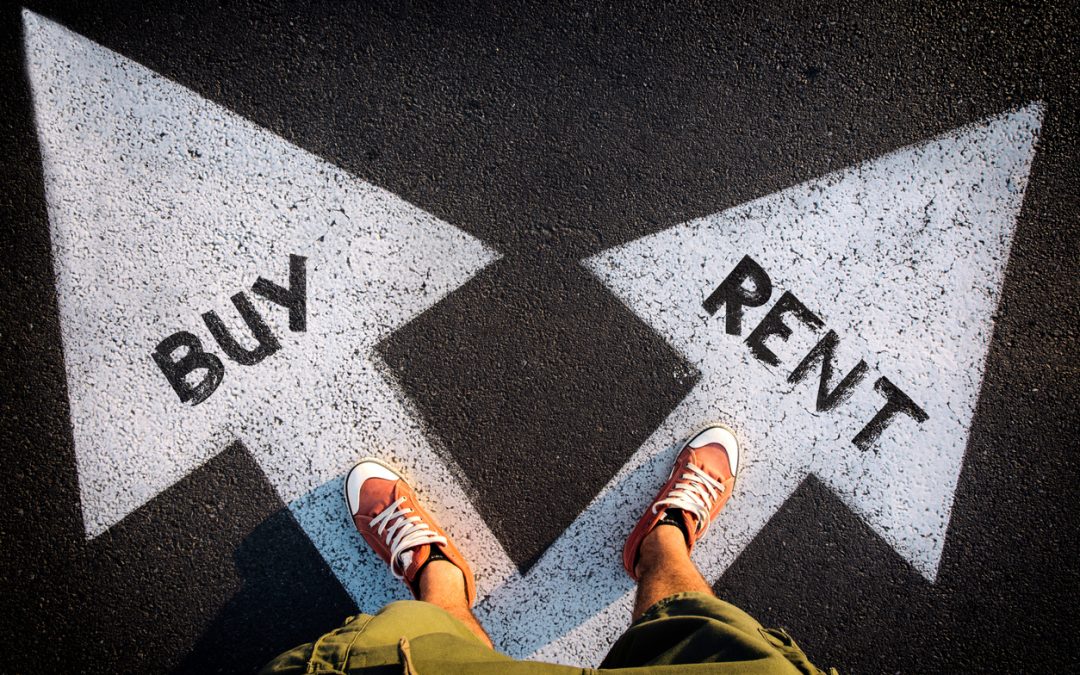 In late 2017, I got a notice that my health insurance was going up 61 percent. My income was never going to increase by 61 percent, so I made the only decision that made sense.

I decided to move.

There wasn’t a lot I could cut from my budget, because I don’t live large. A lower mortgage payment was the only option I could think of.

So ingrained in me was the “it’s-better-to-buy-than-rent” mindset that looking for an apartment didn’t occur to me. I’d grown up hearing my dad say a home was the smartest investment a person could make.

The value of your home can only increase, many of us believed. The foreclosure crisis of a few years back showed us otherwise.

In 2017, I was 51 and had been a homeowner for 20 years. Owning meant stability, security, normalcy. Renting seemed transient. Commitment-phobic. And that wasn’t me.

Under duress and a time crunch, I made an offer on the first condo I saw – a 614-square-foot shoebox in a c. 1933 apartment building in one of Charlotte, N.C.’s most desirable neighborhoods.

Eastover is grand. But both #71-C and the complex itself needed TLC.

I’ll make this place cute, I thought. And I did. I invested in it, hiring a contractor and custom cabinetmaker, painters and then an interior designer and finally a shaman, who smudged the place with sage and declared it free of anything evil. (I’d never done anything like that before. I’d also never felt the need to.)

No matter what I did, no matter how bright and cheery my bohemian décor, no matter how much hot pink and orange I injected into the place, I continued to feel like a stranger in my own home.

This place was not my place.

Every crack I saw in the plaster walls and ceilings – and there were many – worried me. So, I had them repaired. That added up.

So did replacing all the appliances that went kaput during my two-and-a-half years there. Unbeknownst to me, the washer/dryer wasn’t even working when I bought the place. Inspectors aren’t required to inspect “freestanding appliances,” my Realtor told me after I moved in and discovered the stackable unit was a clunker.

The range was the next thing to die. That was $789.14. Then, it was the dishwasher. Another $740.88. Apparently, a home warranty, paid for at closing by the seller, would’ve covered these things, something my Realtor failed to mention.

And don’t get me started on the plumbing problems.

“Old pipes,” the plumber would sigh each time he came out – always with dollar signs in his eyes.

The $4,000 assessment already approved by the HOA (but not relayed to me by my Realtor) just before my closing was a big financial wallop, coming on the heels of the $24,064.06 in upgrades I’d put in. I was glad the HOA had voted to repair the peeling plaster in the common areas and replace the carpet. I just wasn’t prepared for the financial hit.

This cost-savings measure – I went from a $1,219 a month mortgage to $611.70 – was looking less and less successful. I’d downsized to save money, but I was spending my savings on repairs.

Given a few unpleasant neighbors and my constant worry over what might break next, I decided it was time to move. It didn’t matter that I hadn’t lived in that little condo the requisite amount of time.

“You never bonded with that place,” a friend said to me. She was right.

Besides, the housing market in Charlotte is on fire. And who knows how long that’ll last?

When I asked my accountant about renting versus owning, he said that under the newish tax law – the Tax Cuts and Job Act, as it’s officially known – most people (as many as 85 to 90 percent!) now take the standard deduction.

Previously, itemizing had allowed taxpayers to deduct certain expenses – mortgage interest, charitable donations and more – from our taxable income. Now, rather than itemizing, taxpayers can reduce our taxable income by a flat amount via the increased standard deduction.

Bottom line? The financial upside of owning rather than renting doesn’t apply for millions of Americans any longer. Including me. The tax benefits of home ownership over renting – the whole reason everyone tells you home ownership is the holy grail – have vanished.

With no tax benefit and oodles of unpredictable expenses, I was ready to return to renterdom.

I understood the downsides of renting. I wasn’t looking to it as the holy grail, either.

A fixed mortgage stays the same for the term of a loan. But rent can increase every year. The rental market in Charlotte is just as hot as the housing market. As of September 2019, the average rent in Charlotte is now $1,238 a month, according to Real Data. And in the neighborhoods I want to live in, that price might’ve netted me a 400- or 500-square-foot studio.

I felt lucky to find an 800-square-foot rental in a desirable, historic neighborhood – a cool attic that’s been converted into a brightly lit living space – for $950 a month.

I asked my landlord if he’d keep the rent the same for Year 2 if I signed a two-year lease. He readily agreed. So, I have locked-in housing costs through the end of 2021.

I thought I had a grasp on that when I moved to the pocket-sized condo in an attempt to save money. I had no idea how many things would, and did, go wrong.

My attic apartment has been home for just a few weeks, and things have gone wrong here, too. The icemaker was on the fritz. The shower was slow to drain. But my landlord is responsive and handy (he’s a general contractor) and he’s been lovely about making the needed repairs. What a luxury.

And when things go wrong, my rent payment doesn’t go up.

As soon as I moved in – before I’d even unpacked – I felt lighter, more liberated. Even though I’m a tenant here, I take pride in this home of mine. People talk about the pride of ownership, but I want to start a pride in rentership movement.

This is my home for at least the next two years, and I want it to be cozy and inviting. And clean. Besides, I want my security deposit back.

Besides, I want my security deposit back.

I had it painted (in exchange for one month’s free rent), although the landlord put the kibosh on the dark brown paint I’d chosen for the kitchen. I’d hung my art and am basking in the additional space I have now. I have my own office! Not a living room/office, which meant my work was literally always in front of me.

But when it’s time to move on, I can move on without having to worry about whether or not it’s a good time to sell. At this point in my life, renting is right for me. I feel unencumbered. And it’s a glorious feeling.